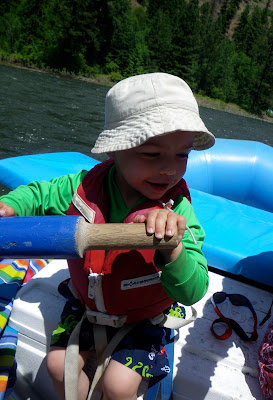 His parents Liz and Nic are outdoorsy folks, so I shouldn’t be surprised at how precocious he is, but it’s just startling how fast this kid has mastered the skills of an outdoorsman.

He has better casting form than most professional fisherman. Here he is demonstrating the triple-haul technique that won him the distance trophy at last year’s Pampers/St. Croix Saltwater Fly Casting Invitational. Amazing. 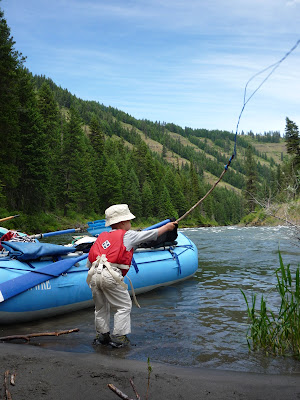 He also has a way with animals, which became evident after we happened upon this bear during our 3-day float through the Wild and Scenic section of the Grande Ronde River. 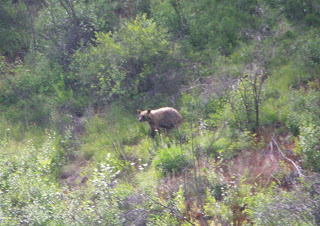 Kai shared one of his yummy peanut butter and jelly sandwiches with the bruin, won its trust and tamed the wild creature so completely that it rode along with us in the raft the rest of the day. 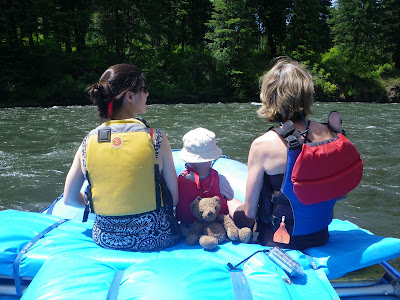 Here he is teaching me how to fine-tune the feathering technique on the oars after noticing that I was dragging the blades perhaps more than was proper. I must say that his approach is far more efficient. Thanks, Kai. 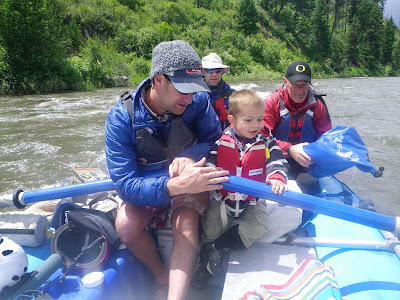 Had a great trip with great folks and won the bonus round when we ran into our friends the Skovlins who were also down there enjoying the river.

The fishing crews that were down there should have been knocking it out of the park because the golden stone fly hatch was turning out protein with wings at a furious pace. They were thick. I was brushing them off my arms all day, watching them bombard the water and crawl around on my tent. 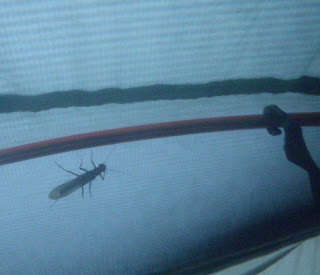 But alas. The water was on the brown side of the color wheel and the flow bumped up enough that conditions just weren’t quite cooperating. Watch that flow chart to see if things settle down though, and be there for some blockbuster fishing.

Better yet, check with Paul and Tom for the inside scoop and guided trout fishing trips on the Wallowa or Grande Ronde.

We’ll see you on the river. It makes smiles like this one from Jean Shulz. 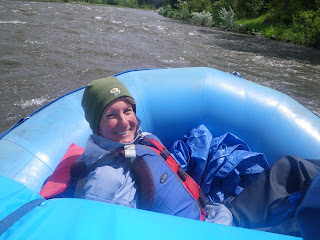