Aloha from the Wallowas 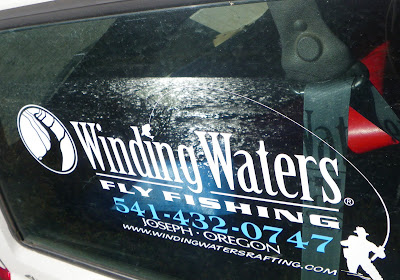 Here’s your update on current affairs in Wallowa Valley, the land of Winding Waters Rafting and Fishing.

Steelheaders: the Grande Ronde is running at 819 cfs. Imnaha is 180-something. Advice from our man Tom Farnum remains: get your flies down on the bottom. Weather forecast this week says temperatures in the mid- to upper-30s. The steelhead are in there, you just need to get your fly in front of them. Guided steelhead trips on the Grande Ronde is a logical starting point.

Here’s a shot from my last foray down to the Grande Ronde. It’s Grande, is it not? 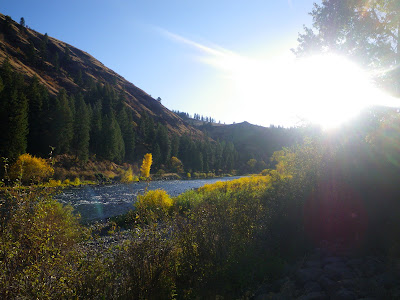 Just got back from Hawaii, where the fall colors were a real disappointment. Just green, green, green. Blah. Except for the riot of tropical flowers, but a northwest boy needs his yellow leaves, you know?

Want to see what the world looks like about two seconds before you ruin your waterproof camera by bodysurfing a beachbreak and holding the camera out to get a picture of the wave? Well, here it is: 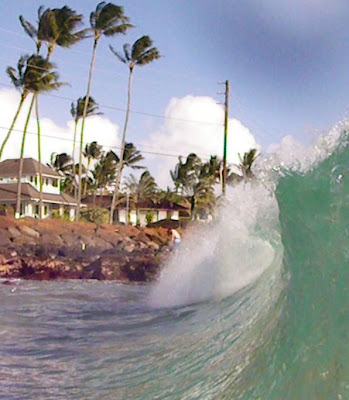 Yeah, the little rubber seal does not appear to be rated for getting a washing machine drubbing in waves. Live and learn.

My brother-in-law thinks me might have cracked a rib or two that same day when a bigger set came through and trounced the older folks who were out past the kids boogie-boarding the whitewash. On the up-side, he got nominated for Parent of the Year along with the rib injury because right before getting scooped by the ocean and slammed into the sand, he was busy alerting his kids to the bigger wave, making sure they saw it coming. So, you know, kind of a hero move there. Nice work, Erik. Shallow breaths, man. Shallow breaths.

Not many people know that my mom, Mary Ann Rombach, was a pioneer of big-wave surfing back in the hey-day. She’s still got some moves, as evidenced by this shot of her pulling off her signature “One paddle, two paddles, three paddles” move that won her the North Shore Women’s Invitational back in ’67. 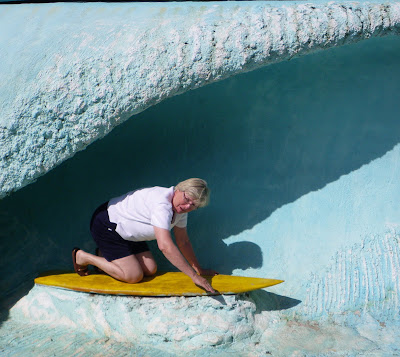 Aloha is easy to come by over there in that beautiful patch of islands plunked down in the middle of water. But I couldn’t help but notice that good vibes show up that much easier when you’ve got young eyes to help you see the fun they’re having with all that water. Remind you of anything? Rafting?

Here’s one of my favorite photos from Kauai — my niece Anna, smiling at sunset. I look forward to taking her down the river and seeing the same reaction. 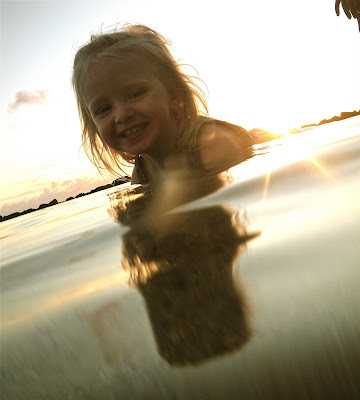 Aloha, amigos. See you on the river.