Blasts being had on the Lower Salmon and Snake River

Meet Craig Nichols, if you haven’t already. He was in the saddle for thirteen hours shooing dogies around the frontier the day before we left to float the Lower Salmon River. 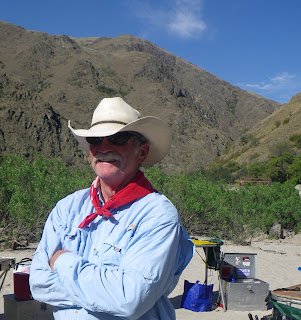 That hat is stapled or sewn onto his head, I’m convinced.
Mine has a chinstrap and still managed to get blown off. Craig’s never left his noggin.

Craig told us about some PBS documentary he’d just watched about an old-timer river guide in the Grand Canyon who’s still rowing in his eighties. On the drive back from out trip we discussed this guy and Craig mentioned how he hopes he’s still rowing in his eighties. Todd and I agreed. Then we all agreed we wouldn’t mind rowing that Lower Salmon stretch from now until our eighties.

That’s just how good this last outing was. A bonafide great time.

Thanks to the Episcopal shoool group from Virginia who floated with us by way of Wilderness Ventures. Those youngsters are going to make fine oldsters.

Winding Waters food is as super-deluxe as ever, so it’s important to remember during this next sentence that Todd, Craig and I had a day where we were cooking for ourselves and decided to keep it simple so as not to strain our gourmet muscles before game time with our guests.

The simplest meal we could think of was a weenie roast over the blaster, which is the jet engine powered by propane that lets us brew up coffee in two shakes of a lamb’s tail.

And they were dee-licious. Here’s the recipe: Cut willow twigs. Fire up blaster. Sit in sand. Roast. 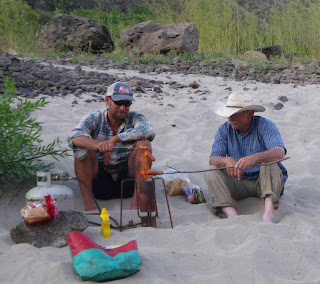 Always enjoy stopping here. It’s a research site through Oregon State University and they’re very inviting for visitors drifting in off the river. 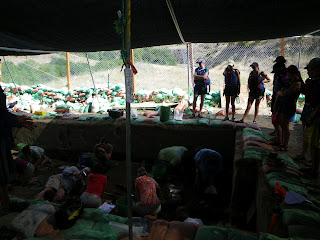 Here’s Dr. Loren Davis, who came across a cache of stone tools years ago at this site which revealed some of the oldest artifacts in the region. He’s a laid-back kind of guy and gives the definite impression you could listen to him for a great long while and wear out the edge of your seat. 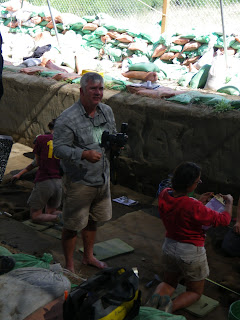 Thanks, archaeologists, for the tour and awesome parting gifts.

Kruger broke out a tinfoil cap his aunt gave him during the hot part of the day. He could dry his laundry just by tilting his head toward that general direction *and* be safe from mind-control waves at the same time. I’m jealous of that hat, Kroogs. 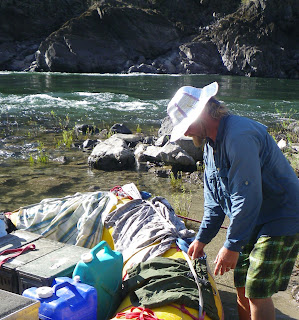 Another sort of headpiece.

Check out this toupee on a cow skull we came across at the camp above Wapshilla Rapid. Better than a combover. 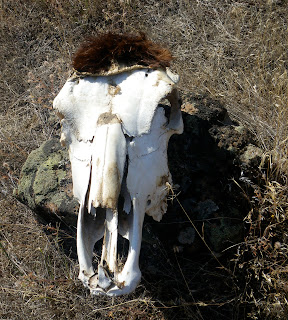 What it’s all about.

Drifting by Eagle Creek we passed a family enjoying the river on a gorgeous summer day and this little nipper in a large PFD just cracked me up. 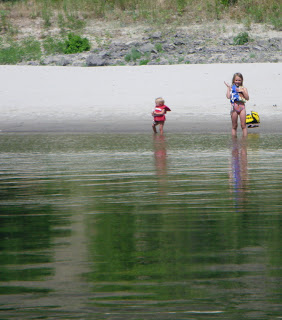 They were having fun. So were we. Why don’t you come join us and get in on this thing of floating down a river having a blast.

Snake River in Hells Canyon. Lower Salmon down to the Snake. Take your pick. Smiles included on either one.