The Purple Peril. Just whispering those words over the water of a steelhead run make fish gnash their teeth, sing rugby songs and prepare for battle.

Winding Waters fishing guide Tom Farnum did it again recently, on a clear Fall day along the Grande Ronde River, directing placement of the Peril where it would justify its name. Three fish came to the bank that day, after rising to those strategic swings.

More fish went for it, and narrowly avoided a trip to the bank. They are right now sitting around an underwater campfire, spreading the legend of the Peril and scaring other fish with stories of this Tom Farnum — the boogeyman of Wallowa Valley steelhead.

Farnum is not feared by those he fishes with. Instead, he provokes this reaction pictured below: smiling. 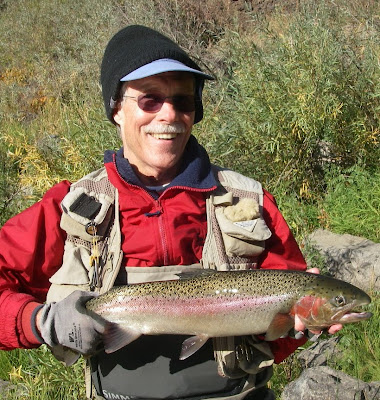 This guy could have been at work instead. Not sure if he regretted that decision.

I even got in on the game, landing a wild steelhead yesterday. I’m not really smiling in the photo, but that’s because I’m mean. Just plain mean. And focused. 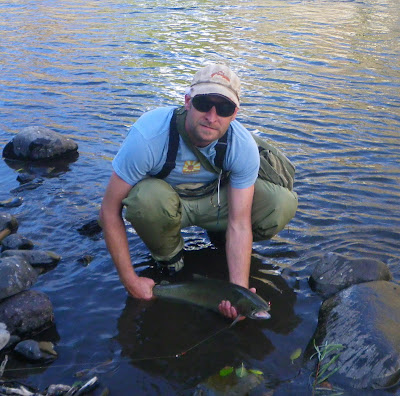 This fish was doubly satisfying because my fly tying has improved and it’s just nice to catch a fine fish on something you’ve put together yourself. My original attempts looked like a fourth grader’s arts and crafts project gone bad — but the latest models sort of resemble real flies and they’re holding together well.

It was t-shirt weather. Sunny. Fish were active. Catching nice, plump trout in between steelhead strikes. Tough to beat. Take a gander at this shot and try to come up with places you’d rather be: 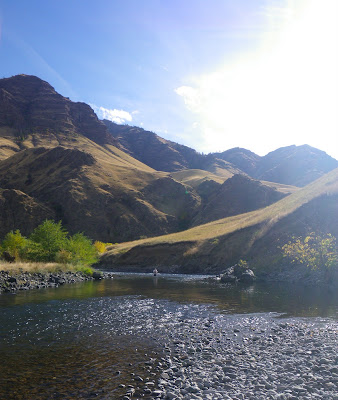 That’s Mike Baird up at the head of the pool. He latched into two steelhead right there.

Right now is one of my favorite times of year in the Wallowas. Even the poison ivy is pretty this time of year. Check it out: 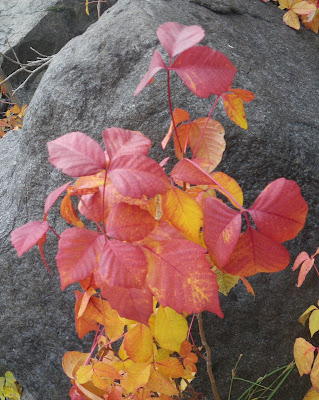 Want to get in on this? Not the poison ivy…though it is kind of pretty, you have to admit….I mean steelhead fishing, Wallowa County style.

For guided steelhead fishing with the notorious Tom Farnum, or catered floats down the Wallowa and Grande Ronde rivers, Winding Waters is here to help.