Morgan Jenkins of Winding Waters is a one-man think tank. A visionary. And apparently he should be moonlighting for Microsoft as an advisor for their video game development department. 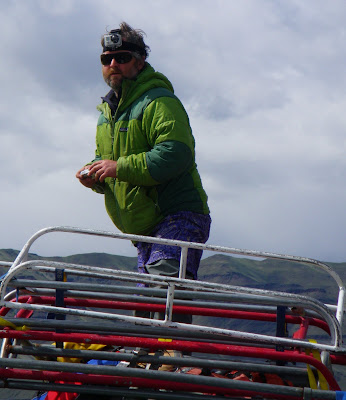 Years ago when I lied my way into a job with Winding Waters by telling them I knew all about this rafting thing, we shoved off on my first voyage and it became evident that knowing ‘all about’ it may have been overstating facts. So Mo began his patient tutelage, passing on what he’s learned about rowing from many, many river miles behind the oars.

He’s a good teacher. And he mentioned that he had this idea for a video game based on rafting. The river would come at you, just like the real river unfolds every time you float around a bend in the stream. You’d have to watch for rocks, pick the safe line through rapids. In short, a virtual reality rafting trip. For fun, but it could be used for training.

Not a bad idea, really. Because rafting is fun. And people like to do it. And if I could have practiced navigating the Green Room Rapid on the Snake River in Hells Canyon with a simulator before sweating my way through the real deal, I surely would have booted that program up.

Ditto Wild Sheep Rapid. And Waterspout. And Rush Creek Rapid. And Snowhole Rapid on the Salmon River. And The Narrows Rapid on the Grande Ronde River. All patches of water that have made my heart go from pitter-patter to hammer and tongs. I don’t know what tongs have to do with this, but you see what I’m saying. It’s exciting. And I’d run those rapids all day long in my living room if I could, just for kicks.

So I’m in a living room yesterday, visiting with my sister and her family, and there’s a fancy video game being played. There’s a magic little box that looks out and picks up what the players are doing, then transfers those motions to the game. No joystick. No nothing. It’s called…well, you know what, I’m not even going to Google it. It’s a magic little George Orwell box, regardless of whatever the real name is.

As the track and field game finished up, someone mentions there’s a rafting game.

I spit my Sierra Mist all over the living room floor from surprise and said, ‘Say what?’

Morgan’s game had been made. I was amazed. Captain Morgan can see the future and he should have patented that notion of his. I couldn’t wait to see this game.

And then I did. Two players stand inside a realistic looking digital raft and you float in a river for awhile, trying to hit little point things, then zoom into the air and float around in the clouds for a while and…and it’s like Mario Brothers or Donkey Kong or something, except you’re standing in a raft. 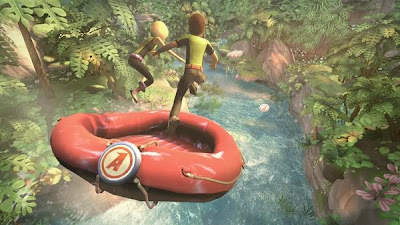 Winding Waters uses things like oars. Or paddles. Other outfitters just make you shift your weight.

So it’s not quite the vision Morgan had for a simulation of the real deal. And I suppose that’s all the better. Because if you want to go rafting you should go rafting. I don’t suppose the smell of a campfire at night can be digitized all that well. 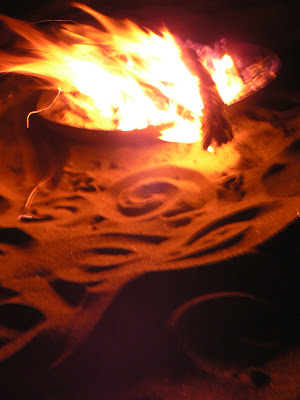 Turn it up so I can hear the crackle.

Digital waterfights don’t sound all that fun. And the thrill of dropping into the real Green Room, staring at walls of water all around you – I don’t care how realistic the graphics are. There’s nothing virtual about the Green Room. It’s very real. And a genuine thrill. 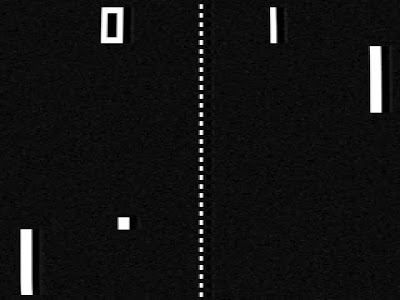 I’m still blown away by these graphics.