Grande Ronde and Imnaha versus the Metolius 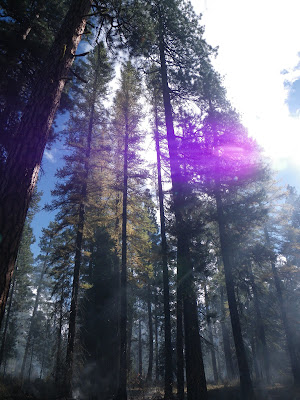 I got a hall pass to leave Wallowa County for a few days and went on over to central Oregon for a mini-reunion with buddies I went to school with all the way from 4th grade up through college.

We had our initial get-together three years ago in a hotel room next to a hospital where our friend Mike was hooked up to a bunch of tubes after getting a risky operation that would prove to save his life. Yeah. So that worked out and I do believe this is one of those deals where a trying time draws people together. We’ve been gathering once a year since then and it’s a good thing.

Here’s Mike Jordan, all better now, executing a unique backcast with a flyrod, which is, uh…not textbook “10 and 2” but we’ll let it go. 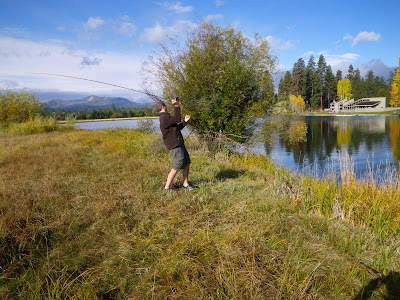 Here we have Jude demonstrating…well I don’t quite know what he’s demonstrating, but that’s Cy Cain receiving the lesson. 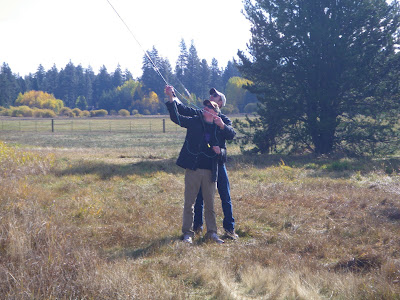 Went and laid eyes on the Metolius River whilst I was over there, and it’s awfully purty. Clear water. Pops right out of the ground from a grande underground source and I’ve fished there before, with not much luck, and I’m not alone from what I hear. 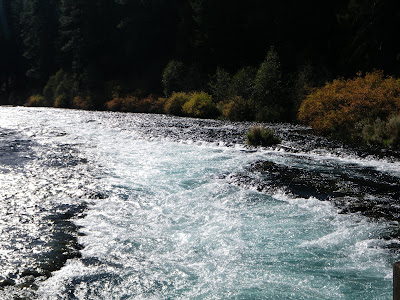 This river gets enough attention that the fish have fairly advanced degrees in discerning between food and, say, a fly with a hook in it. Talked to a local about the fishing and I alluded to this pressure. He snorted – on me, almost – and said, “(bleep), there’s guys coming in here from England to fish…England!”

And then he shook his head. And I did too.

And then Denny Senn, who beat me up in high school but doesn’t anymore, he came over for the day to fish and we discussed the Deschutes, Metolius and other rivers in the area, comparing them to flyfishing streams Wallowa County-style. And I don’t want to get into a breakdown on apples vs. Imanahas or Wenahas, but suffice it to say there are differences – and crowds or relative lack of is on that list. And, ahem, I think I’ve got Den talked into coming out here to sample the waters.

I’ll do the same tomorrow early. Mojo Jenkins, myself and Mikey Gamboa are running our deluxe wall tent camp with dutch oven fine dining down the Grande Ronde for some fisher friends out here for steelhead and I’ll report back next week on how things are firing down there in the way of catching these steelheaded beasts.