Wallowa County kicked off the tourist season during Memorial Day weekend. You know the visitor season is officially in high gear when you find yourself driving through town in low gear. I got behind somebody doing a steady 1.5 miles per hour through Joseph and sure appreciated it because it gave me time to catch up on dusting off the gauges in my instrument panel.
When you get out here this summer check out the new tipis set up at the Interpretive Exhibit Site next to the Chevron station. The photos include some real gems and it’s a satellite exhibit of the Nez Perce Homeland Project, based in Wallowa.
These new tipis are gorgeous and impressive, painted by Nez Perce artist Kevin Peters. 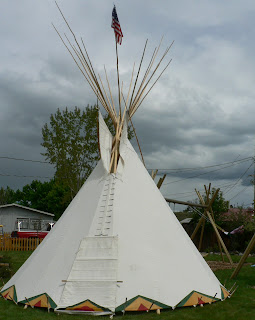 The 16 and 20-foot tipis were made by Steve and Connie Evans. Connie and Kevin, the artist, are members of the Nez Perce Tribe. Connie’s husband Steve is a retired history professor from Lewis-Clark State College and wrote the book, Voice of the Old Wolf: Lucullus Virgil McWhorter and the Nez Perce Indians. 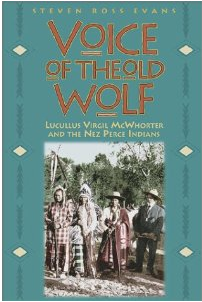 Evans’ book is an interesting read all on its own, but an excellent follow-up or companion to the extraordinary Yellow Wolf: His Own Story by McWhorter. Yellow Wolf is waaay up on my list of recommended reading for its first-person accounts and Nez Perce perspective of the 1877 war. 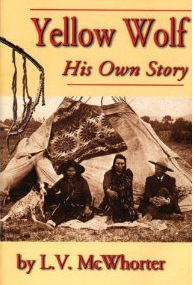 Lots of books have been written about the Nez Perce War and I think all of them should carry a sticker on the cover recommending you also read Yellow Wolf. I realize that’s not how the publishing world works, but it will if I ever take it over.
Connie, Steve and Kevin showed the proper way for setting up a Nez Perce-style tipi, which was awfully interesting and will save me some time next time I try to set mine up. They’re pretty intriguing structures, really. Strong, attractive. I’ve lived in a few cinder block atrocities over the years that I would have gladly traded for a canvas tipi.

Winding Waters pal Matt King has been playing around with his kayak buddies on Wallowa County rivers lately and they posted the video I’m going to stick on here down below.

Their blog is called Into the Outside and I’ve gotta say, these guys put together a spiffy video.

Check this shot out of Matt after a drop that shook a salmon loose and sent it upstream while Matt went down. Watch for it in the video about the 1:56 mark. 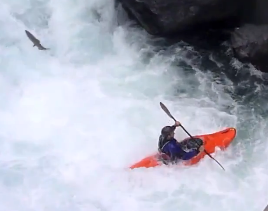 So get your bad self out here and let’s go do us some rafting. We’ve got boats out right now on the Snake River in Hells Canyon, before too long the Salmon River float season will kick off and the Grande Ronde is prime right now with green stuff everywhere and wild things frolicking.

Oh yeah, and fishing season is back on. Get yourself out there on the Wallowa River for a guided fishing trip while the trout are ravenous.