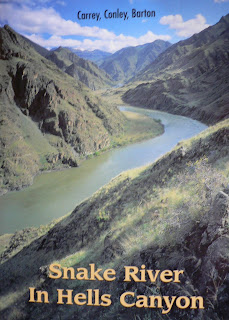 Forest Service botany commandos searching for a rare thornless raspberry will kick off the 2010 river season tomorrow. It’ll be a four-day float through the big ditch between Oregon and Idaho, on the prowl for Hells Canyon Bartonberry. 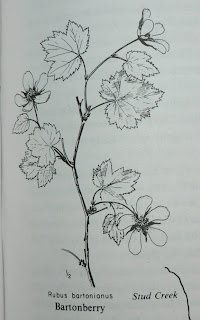 This is an excerpt from ‘Snake River In Hells Canyon,’ a good one for the bookshelf if you’ve been in Hells Canyon or plan to be. Page 222 has this:

“….An interesting feature of this gulch [Steep Creek] is that it contains the northern-most examples of a thornless raspberry that grows only on the slopes of Hells Canyon between Hells Canyon Dam and Steep Creek. It was discovered in 1933 at Battle Creek by Lenora Barton and identified by an Oregon botanist who came to the canyon at her request. The plant was named Bartonberry (Rubus bartonianus) in her honor….”

It’s gorgeous blue sky t-shirt weather here today. The forecast calls for that to change exactly when we leave, shifting to rainy and crappy with 100% chance of continued rainy and crappy until right when we get home, when it will return to blue skies and chirping birds.

I bought a new rainsuit for this trip, but I’m considering dipping myself in wax instead. That might be easier.

It’s Captain Morgan, myself and Jordan Manley on the boat crew. We launch Tuesday morning and take out at Dug Bar Friday afternoon, five minutes before it stops raining.