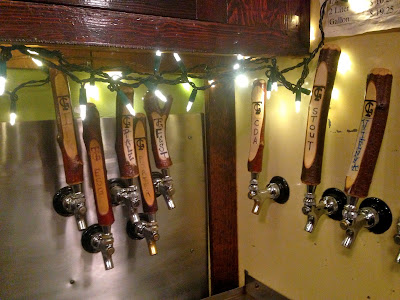 He applies his music skills by hosting open mic at Mutiny Brewing in Joseph, our other beloved Wallowa County brewery.

He tried to talk me into doing something for open mic but I wasn’t having it. Last time I did my interpretive ribbon dance in a public setting the mockery was just hateful.

Then we remembered shadow puppets and I was on board. One of Todd’s skills he doesn’t often get a venue to practice is a natural gift for the art of doing fantastic shadow illustrations. 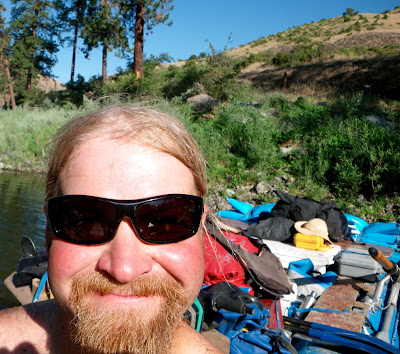 There was a river trip. It was dark. Todd was behind a tarp and his headlamp was casting a shadow. He started improvising some scenes and it wasn’t just memorable – that campsite had to be renamed in honor of the occasion and is now known as Puppet Show Beach.

The Elizabeth Expedition returned for another tour down the Lower Salmon River and I got to witness this second rendition of the shadow puppets.

The ladies on the trip bought a saucy romance novel to bring on the trip. They took turns skimming for the juicy bits and would read aloud at night after dinner. It was . . . interesting. Very interesting. 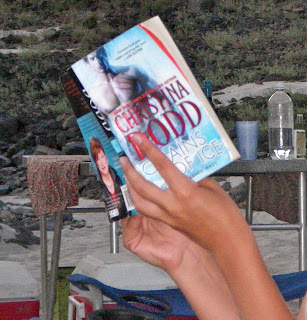 On the last night we had a big finale. The romance novel was picking up the pace for the big finish, which featured another dimension, if I remember correctly. Seriously. The action shifted over to another dimension.

We dropped one end of the wing to make a stage for Todd. Had some background guitar music and it was one of the greatest things I’ve ever seen. 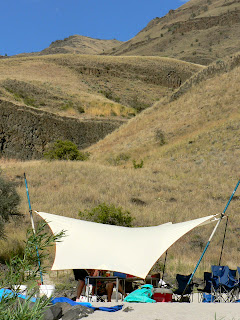 This here is a wing.

I tried to film it, but the footage is mostly me and other people laughing and you kind of had to be there.

So we made up our own little romance novel to bring Puppet Show Beach to the Mutiny open mic. Todd cut out some fancy shadow props to illustrate the action and Morgan played hand drum for mood music.

Afterwards one guy I didn’t know mentioned that what he just saw was almost grounds for us to be run out of town on a rail. So I guess that means he liked it.

So the Winding Waters nightlife experience has expanded. We’ve always had the light show, or star gazing some people call it. And world-class musician and storyteller Craig Nichols. Now we’ve got shadow puppet theater.

It worked pretty good on a bedsheet in town, but I’m telling you the ambience of shadow puppets on the river with a campfire in the background is hard to beat. Just tell Paul you’re requesting the Shadow Theater option on your trip. He’ll know what you’re talking about.

Tom Farnam tormented me today. I had been scurrying around trying to be productive at home, then stopped and realized I should be fishing, what with the nice weather and all. Then I went back to not fishing. Mistake.

Tom stopped by and showed me what I missed on the Wallowa. 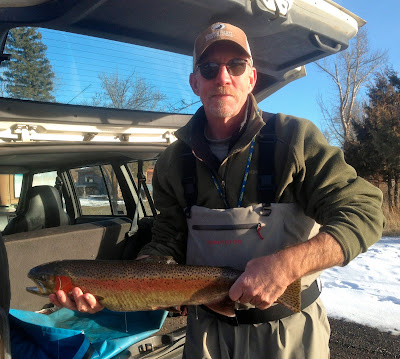 Call Paul and request the Catch a Steelhead option. He’ll know what you’re talking about.