Rivers on the move — steelheaders standby 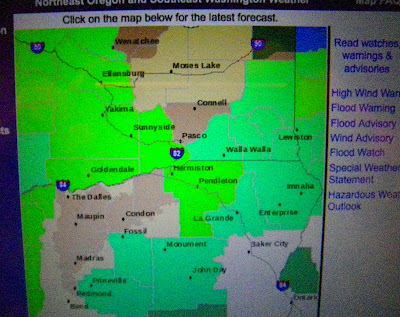 Rivers on the rise. Get those border collies over here, two by two . . . grass-fed Corriente cattle raised by riverman Craig Nichols—get them cows on this gearboat here . . . parakeets, field mice, houseflies, wolf spiders—all you critters load it up. Move along.

Ah, it’s not quite that bad, I suppose. But flood warnings are in effect and I drove by the upper arm of the Wallowa River today and it was churning along in a chocolate-brown sort of a way. Had a foot and a half to go before getting up over the banks, but we’ve sure enough had a warming trend of late and moisture is on the move.

I direct your attention to this lovely reflection photo taken in my ice patch of a yard with standing water this morning. 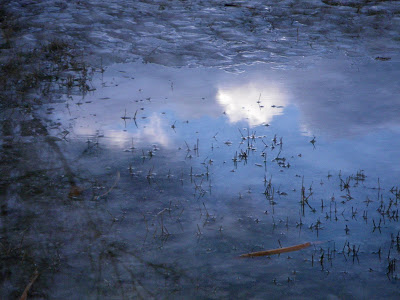 Heard plenty of talk from fisherfolk about catching the tail end of this surge, when things settle down and the steelheading picks up.

So sharpen them hooks, mateys. Buy your new license since it’s a whole new year and bust out the big ol’ prince nymphs—because if Tom Farnum says to drag one of those along the bottom, and he does, you best listen. Well, Tom says bust out the prince in certain conditions. For details on those certain conditions, you’ve got to talk to Tom. Better yet, go fishing with him.

I’m working on a new fly pattern, tied with the copious amounts of dog hair shed by trusty pooches Bula and Szia. 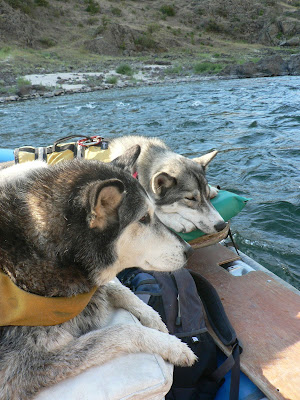 So far all I have is a ziplock stuffed with fur. 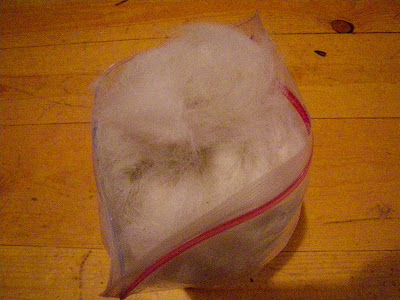 But the design is taking shape. I don’t really have the patience to tie little wee knots, so it might just end up as a clump of fur ziptied onto a hook. Place your bulk orders now. Them dogs just keep shedding.

See you on the river. I’ll be the guy reeling in a gigantic steelhead.