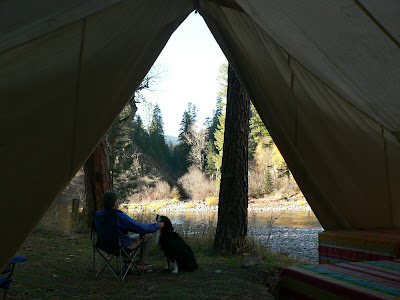 It’s getting late in the rafting season when your gear is frozen to the trailer by the time you get back to the shop and go to unpack what’s become one giant gear-sicle. Metal tables and boxes we could cajole enough by kicking, but the more delicate items like canvas bags and coolers with pads on the bottom we had to pour water on to get free.

Only problem was, the water jugs we tried to do that with were pretty much frozen too, so we were fighting ice with ice, which doesn’t work nearly as well as fire with fire.

It’s been a good late season, and still is. Latest update from fishing guide Tom Farnum includes word of big, big steelhead being caught down around Troy. Not a lot of fish being hooked, he says, but the ones that do get enticed to bite are big bruisers in the 30-inch realm. Most of those fish were being picked up on big prince nymphs.

I never found a slot to work this photo in, so apropos of nothing, check out this dude toodling down the Grande Ronde a couple weeks ago. I think that should be at the top of the evolution diagram…not just rising off all fours and standing, but standing while paddling a canoe. 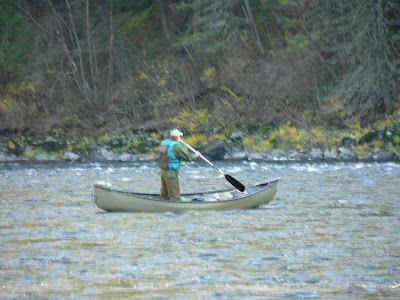 Well done, sir. I once had a long swim from the middle of a lake when my friend Fargo thought it would be OK to stand in a canoe. That episode didn’t work out nearly as well as this guy here.

In other news, there’s been bunches of big fat quail in my yard. Look at those fellers. Just look at em. 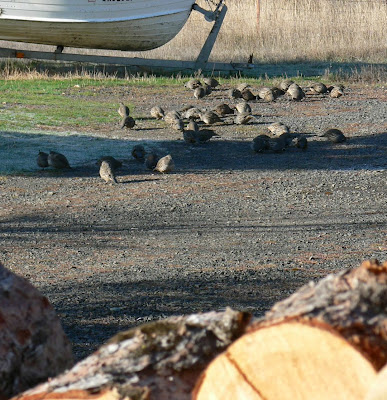 And with the foggy weather lately, I’ll warm up the internets with this here image of a lovely crackling fire outside the warm, cozy wall tent with laughter and good cheer inside, looking forward to a day of fishing in the morning. 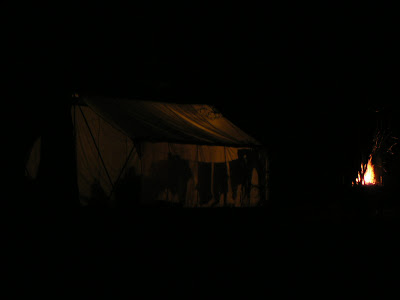 Keep that image in mind while you’re scraping your windshield.