Make room, grownups, there’s a fresh batch of adults in the mix after this latest round of high school graduations.

It’s really quite an honor to be involved with celebrating a job well done by graduating high school, and this year Winding Waters had the pleasure of sharing time on the river with both Joseph and Enterprise graduates. 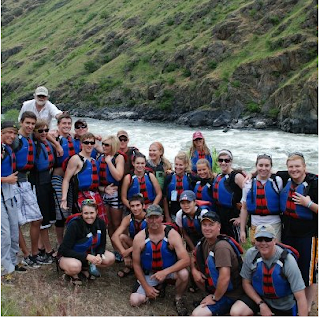 The sturgeon fishing wasn’t red-hot this year, so I went back in the archives and found a video of a sturgeon caught during a previous senior trip a few years back.

First you see the fish in the process of being released. Then you hear my voice rudely demanding that the specimen be directed toward the camera. What a jerk. Then the sturgeon splashes away and swims right by me, giving this cool view – 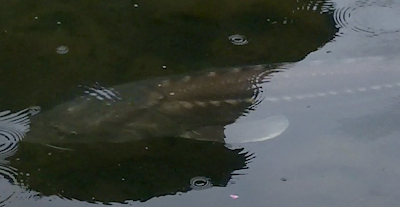 Here’s the video with the sturgeon driveby –

And now for some fun facts about sturgeon:

* Back when I was a kid my folks hired a carpenter named Mr. Hamm to do some work on our house in Rainier, Oregon, which is next to the Columbia River where sturgeon live. Mr. Hamm always had grape bubble gum he would share with my sisters and I, so we were fans. Also, Mr. Hamm told stories about catching sturgeon so big he tied the line to a big float and let the sturgeon tow that around for a while. He followed in his boat until they tired out enough for him to bring them in.

* Sturgeon get really big. Largest one I’ve seen was over 9-feet, caught in Hells Canyon.

* To catch a sturgeon, you need a big, stout fishing rod with a huge reel and super-heavy line. Rig up a weight of some sort. We use rocks, so if they come off we’re not leaving stuff in the river that wouldn’t be there otherwise.

Then you hook up your bait, and this is where it gets interesting. Some guys swear that trout make better sturgeon bait than smallmouth bass. I’ve heard two theories for this. 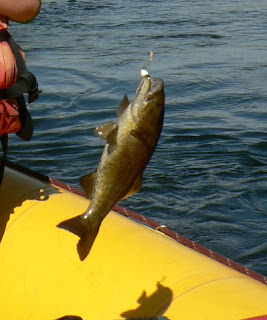 Second trout vs. bass reasoning postulates that the spiny fins on smallmouth bass would make eating them less enjoyable than trout, which aren’t nearly as pokey. Hmm. Could be.

Either way, it is exciting to bring up a creature from the deep if you manage to hook a sturgeon at one of the deep holes. Sturgeon are always released, by the way, according to the rules.

Have a good one and we’ll see you on the river.