The Art of Water War

Ahhh, summertime in Hells Canyon, floating down the Snake River. Just soaking in the scenery. What could be more relaxing, eh? 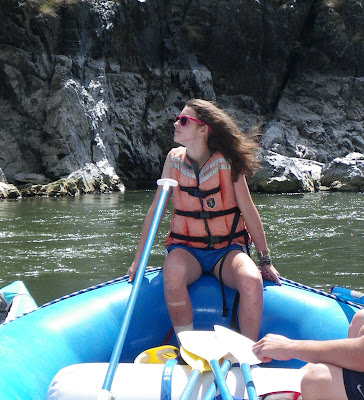 This is what not having a worry in the world looks like.

Oh, wait, no . . . we were with a bunch of teenagers on this last trip. So that picture above of carefreeness was something of an anomaly. Much of the time it looked like this: 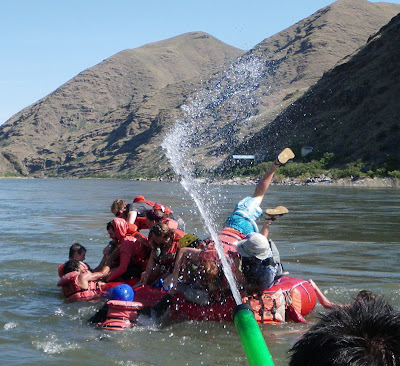 Water fighting was popular sport on this last cruise. Notice in the scrum above that mild-mannered Paul in the Lawrence of Arabia hat is employing some judo move to escort a rambunctious youth off his boat.

We have rules to keep waterfights from getting too rowdy, but these kids examined the parameters and constructed elaborate battle plans. They had feints. Subterfuge. We ambushed. We overtook. There was a drummer, beating out a rhythm on a plastic bucket to intimidate other boats. Then when we closed the gap, the bucket got put into play and became the large artillery, delivering gallons of water at a throw. It was either impressive or scary, just how advanced the battle plans became.

Oddly enough, river guides seem to universally not like getting splashed and so the standard move when you’re steering the raft is to point the boat so you’re as out of the way as possible and then dodge squirt gun blasts.

And then we’d have more tranquil moments, such as this: 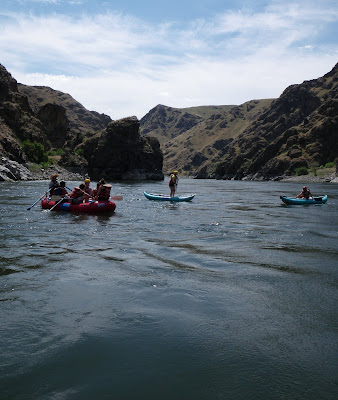 Then more of this: 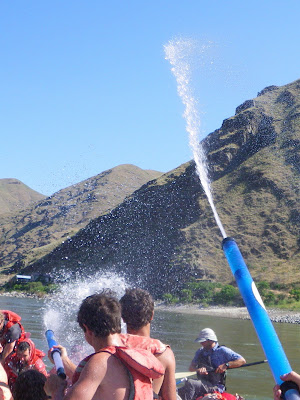 Thanks to Adventure Treks for another fine outing on the river. These kids journey around, backpacking, climbing and getting to know the outdoors. The kids were great and it was a real pleasure to see familiar faces of Adventure Trekkers from last year.

We had horseshoe tournaments at camp, sandcastle building, played bocce, and set up a beaver slide with an overturned raft…. 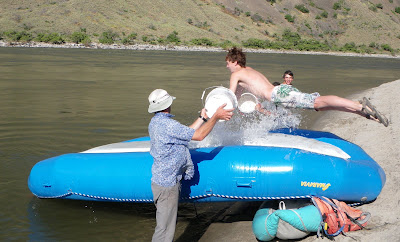