To build a better water bottle

If you had five minutes to pack for a Winding Waters river trip, I’d tell you to grab these things: 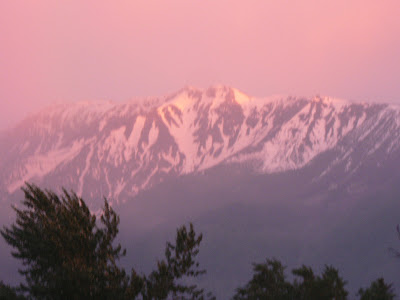 This is Mount Joseph. Source of tasty water. And prettiness.

We’ve always got plenty of the Mount Joe agua iced down in five-gallon coolers on the boats. All you have to do is bring along a refillable vessel of some sort to hold your water in. Doesn’t have to be fancy. For a long time I used old plastic juice jugs or Gatorade bottles. The downside of that is your water gets warm.

Enter Hydro Flask. So there I am on a Salmon River float trip, talking with river guide Jeff Michael. 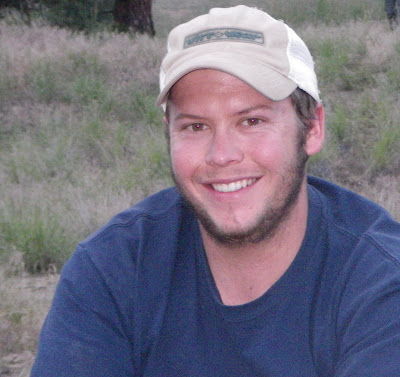 This is Jeff. He lived on a sailboat.

We’re trading stories about living on sailboats in Hawaii, which we both survived doing. He holds up his fancy water bottle at one point and says his brother started this business, Hydro Flask, after trips to the beach in Hawaii when ice cubes and cold water inside expensive water bottles turned into disappointing warmness. There had to be a better way.

Usually a story like this ends right there. Somebody gets an idea and . . . it might have been a good one.

But Jeff’s brother Travis Rosbach did figure out how to make a water bottle that keeps liquids colder longer. He and his partner, Cindy Morse, called it Hydro Flask, had a bunch made and they’ve been selling the bejeezis out of them.

I bought my first Hydro Flask for the same reason I buy Girl Scout cookies or CDs from musician friends. Because I want to support cool things my friends are doing. Also I really like thin mints.

But here’s the thing. Hydro Flasks really do keep water cold. And I like that. It even works in reverse. This winter I was on a roadtrip with my trusty dog so I brought a gallon jug of water so I could pour the pooch something to drink. The gallon jug froze completely overnight and the water inside my Hydro Flask did not. Magic. Or double-wall vacuum insulation. You be the judge. They explain this sorcery on their website, hydroflask.com. 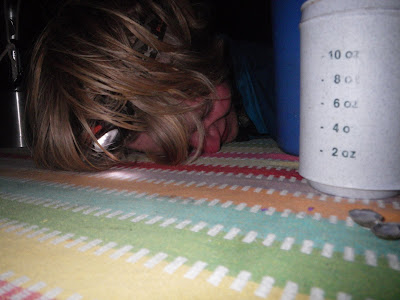 This is what happens when you don’t hydrate. Let this be a lesson to you.

All I know is these Hydro Flask things work. And on a summertime float when the heat is on, coldness is a fine thing. So they get the coveted Gearboat Chronicles ‘It Works On the River’ stamp of approval. Also, Travis and Cindy are nice people. Another project of theirs is FivePercentBack.org, which lets a person buying something, like a water bottle for instance, choose from a list of charities and non-profits who will then receive 5% of the coin involved in the transaction. 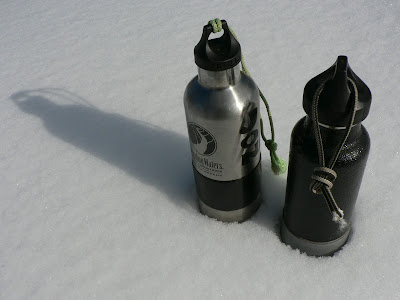 My personal Hydro Flask collection. Get your own.

So consult the official packing list when getting your gear together before your next Winding Waters river trip on the Snake River through Hells Canyon, the sandy beach tour of the lower Salmon or a steelhead fishing bonanza on the Grande Ronde. If you forget something, we can usually rustle up a spare. But you’ve got to be pretty far on my good side before I’ll share my thin mints, or loan out my Hydro Flask.