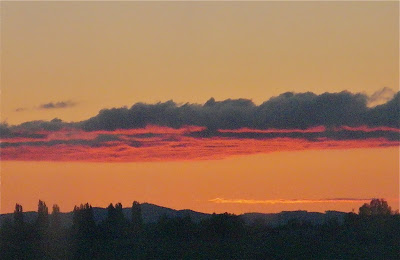 First trip of the season on the lower Salmon last week. The water has been high enough until now that The Slide rapid down in the lower stretch had been cranked up beyond safe levels.

It settled down and we ran it somewhere in the 17,000 cfs range. Pretty spicy, but plenty safe. At low water this rapid virtually disappears, but up above 18,000 she’s a cranky one. 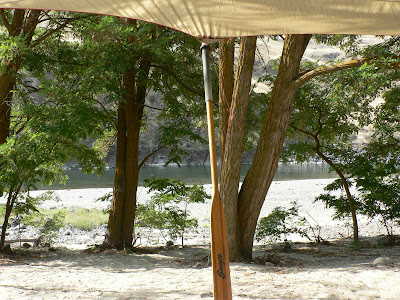 I had the Ketscher family from Joseph on my raft and we stopped to visit the ranch at Billy Creek, where Charity Ketscher lived when she was a girl. It’s a unique spot with a long history, going back to Nez Perce occupants and passers-by who traveled that stretch of river.

Billy Creek is named for a Nez Perce man known as Salmon River Billy who stayed there. And the non-treaty Nez Perce crossed the Salmon River at this spot during the Nez Perce War of 1877.

The ranch isn’t occupied this year, so weeds have taken over where Charity recalls a large garden. The big log barn is sheltering little critters and there’s been at least one bear coming by to take advantage of those cherries.

Nice to be along to hear someone’s memories of a place. I wrote about this visit in the Wallowa County Chieftain this week, so click here to be magically transported to that page if you’d like to read more.

We’ve got a group down in Hells Canyon, day trippers on the Grand Ronde and another Salmon River expedition to launch next week, so the rafts are getting a workout right now. And they’re happy about it. We all are. The suntans are getting well established – matter of fact, I just restocked on aloe the other day . . . it’s finally full-blown summer and the living’s good.

I’m landlocked this week, working out at a writer’s workshop held in the north country of Wallowa County. Fishtrap is a local writing organization that has their annual summer conference going on up at Wallowa Lake, but this Billy Meadows workshop is known as The Outpost, and we’re roughing it, camping in tents and getting by without electricity. It’s somewhat like rafting, I guess, in the sense that I washed dishes. Great group of folks concentrating on getting to know a place better.