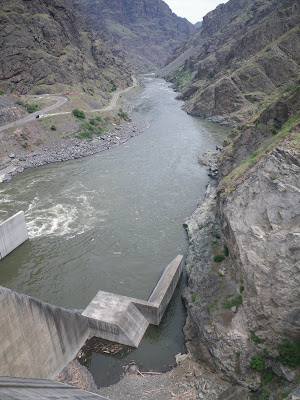 “I got shot in that cabin one time,” is not something I’ve heard before while floating through Hells Canyon on a rafting trip. All of us turned to look at Pam Royes riding in the back of the raft. She was watching the Barton cabin drift by on the Oregon side of the Snake River. And she wasn’t saying anything else. Perhaps she thought we wouldn’t be interested in hearing the background of a statement such as that.

We were passing Battle Creek, where I usually tell guests in my raft a fascinating tale about the thornless raspberry that grows nearby. It’s really-really interesting. But if Pam wanted to bore us with some yarn about getting shot … well, whatever.

This was the Fishtrap Writing On the River expedition in Hells Canyon. Five days from Hells Canyon Dam to Dug Bar with stops for writers to explore, get inspired and work on getting the world down on paper. This was the second year Winding Waters has partnered with Fishtrap on the river workshop and in my experience with these, writers get triggered by what they’re seeing along the way and turn their surroundings into stories. In this case, Pam already had her triggers.

Here’s how it went down:

She and her husband Skip were working horseback down in the canyon country years ago running sheep. A storm soaked them through so they made for the cabin at Battle Creek to get under a roof and out of the wet. They peeled soggy clothes, got into something drier and Skip emptied his saddlebags to spread the contents out to dry. They got a fire going in the old stove and were working on getting things more comfortable when a shot rang out and Pam took a round in the leg. 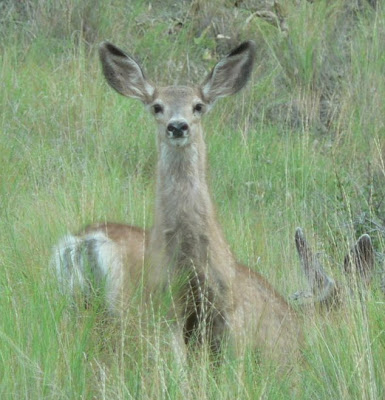 I’ve always thought of sheepherding as meditative work. Restive. A chance to pursue whittling or staring at things. But it turns out a sheepherder minding her own business can be shot by thermodynamics if she’s not careful.

A stray .22 bullet was among the items Skip had dumped out of his saddlebags, and this shell had come to rest inside a nook, or perhaps cranny, on the cookstove that eventually heated up enough to provoke ignition. Pam was standing close enough to warm herself, which also put her close enough to receive a chunk of lead under the skin.

Now, I’ve been told that throwing a bullet into a fire will send the brass casing in motion when the powder goes off, as lead is heavier and will stay behind. I was on a research team that conducted experiments into this years ago, back when my friends and I were camping and didn’t have enough sense not to throw bullets in a fire to see what happened. We did have enough sense to be so far away when it happened that we never could tell what happened. (Important safety tip: Do not ever, ever try this. Ever.)

Pam is quite sure it was the lead buried in her leg and I’m not going to argue. That would end with me standing next to a hot stove with a bullet on it to test the theory and I’m just not that interested in science. But I suspect that if the back of the casing was against a flat surface on the stove, the lead could propel itself into a nearby leg. Again, I won’t be testing that.

Pam treated her injury with the same thing that heals all wounds. Time. Hells Canyon is a long way from any doctor so she waited to see if the bullet would work itself out. It started not looking or feeling so good, so they flagged down a jetboat driver who brought in some antibiotics on his next trip. Pam remembers the model of cookstove that shot her. She’s pretty sure it was a Home Comfort. But she can’t recall if that chunk of lead ever did come out of her leg. Huh. I’m pretty sure Pam Royes is tougher than I am. And I’m pretty OK with that.

We had a great trip, with Montana writer Annick Smith leading the writing discussions. It was a quick turnaround after getting home late and leaving in the wee hours of the next morning for a Salmon River trip, so I had a gap there in the chronicling of these Chronicles. I’ll catch up and get back with a rundown on our Norwegian cruise of the lower Salmon. Until then, keep your oars in the water.