The spice box for our river kitchen has one vital ingredient – the outdoors. Salt, pepper, tarragon . . . oh yeah, and we’re in Hells Canyon, dining below towering cliffs. I’ll be darned. Would you look at that. Sprinkle a little natural splendor over your entrée, why don’t you. And here’s some fresh-ground grandeur too. Voila’ . . . fine dining in the wilderness.

So far I haven’t been much help when Paul, Morgan and the other culinary-minded river folks kick around ideas for new menu items. Because I don’t see anything wrong with our existing menu items. I cried and cried when they tried to sideline Santa Fe cakes for breakfast. They patted me on the back and assured me it was just a timeout for the hot summer weather and the Santa Fe would have a triumphant return come fall and spring.

Then I rebelled when they announced the Hawaiian pork tenderloin in a dutch oven would be out of rotation for a while. Oh, but wait, the chile verde with baked-on cornbread topping was perhaps even better. What am I saying…not better. Just otherly-great.

Finally, though, I have a dinner suggestion. Found it down in Mexico. I stopped along the beach at the Shrimp Bucket in the old part of Mazatlan. Thought I might get some juice and maybe a taco or two. Had a hankering for juice after passing a fresh-squeezed stand earlier that day. 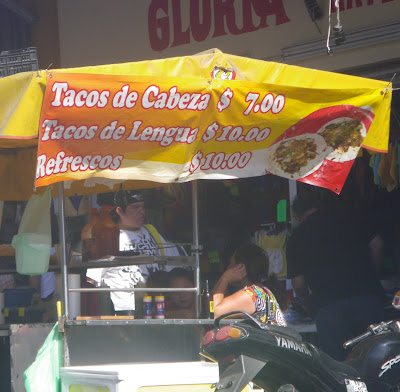 I did not pass this stand. Ate four tacos and only noticed later the specialty was brains and tongue. Mmm.

Waiter asked if I wanted a cerveza. No, gracias. Not in a beer mood right now. I’ll just have some jugo. Ah, but it’s two-for-one, he informed me. No thanks, just the juice.

He reasoned with me by repeating, two-for-one. And I could see his logic. It would be wasteful to order the one-for-one juice. He had me there. So he brought out a couple Pacificos in a little bucket and the sea breeze was coming onto the veranda and the sun was angling down and the sand lice weren’t biting my ankles all that badly after wading in the ocean – just a pleasant, all-around setting. 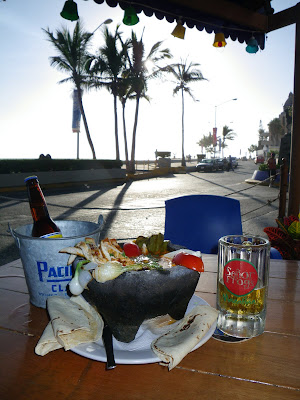 From volcano to table in just a few short geologic epochs.

Then I saw it. My new favorite serving dish. On the menu was the following: 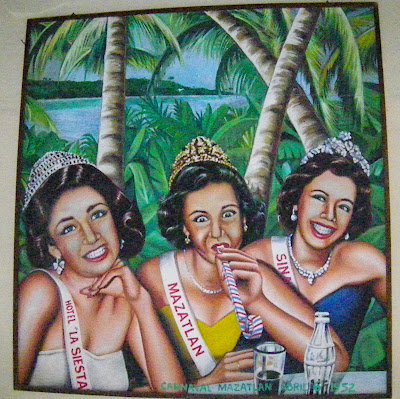 Lady in the middle just heard about the volcanic bowls.

I’ll take it. I don’t even care what’s in it. If it’s in a volcanic rock bowl I want some.

Turns out what’s in it is: “…shrimp, chicken or steak with grilled onions, cactus leaves (cactus leaves! That doesn’t even sound appealing, like ordering a thornbush, but these are in a volcano bowl…) fresh cheese and a spicy sauce with choice of tortilla.”

The cactus leaves were exotic, which means not really very good to this gringo set of tastebuds. Kind of like a green pepper but with the consistency of thin leather. I started leaving them out of my choice of tortillas.

But, man. Love that volcano bowl. And so I finally have a great suggestion for the Winding Waters kitchen lineup. If I have my way, we’ll be serving our river meals inside hot volcanic Snake River Canyon hand-carved basalt bowls. Geology and gastromony all in one.

Might be a little on the heavy side, sure. And I don’t know if the basalt down there is actually volcanic, per se, but everything’s better inside a hot rock bowl. That much I know.

I’m going to tap Morgan to make these things. He’s been going great guns on the ceramics lately and if he can make artistic birdhouses out of clay, carving rock bowls shouldn’t be too hard. 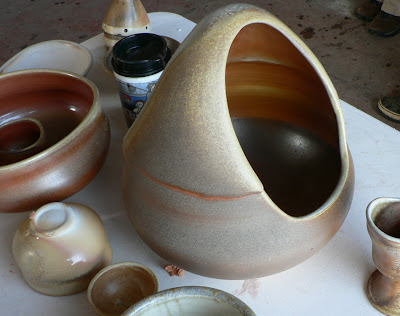 And two-for-one Pacificos. That might also add a little something to the dining experience.