I think automobiles were mainly invented so we could play “I Spy” with kids while driving. It’s just that fun.

So here, for your winter enjoyment, because it’s snowing at my house right now and I much prefer to look at pictures from summery rafting trips – are scenes from Winding Waters River Expeditions journeys.

I’ll throw out a clue and you see if you can find it.

Here we go. Round One. 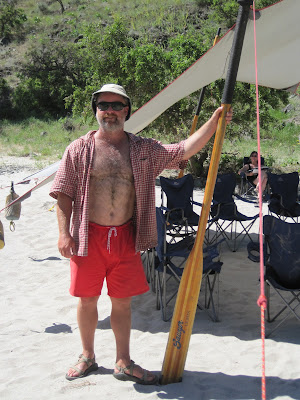 You: “David Hasselhoff, holding an oar.”

Yes, that’s Knight Rider and Baywatch star David Hasselhoff, on the set of “Herbie Goes Bananas IV: River Trip” where Kit the talking car played Herbie as a raft and Hasselhoff played legendary river guide Morgan Jenkins. It was one of the highest grossing film projects of 2008 to feature bright red shorts and chest hair.

“I spy, with my little tiny eyes . . . a ferocious bear in the bushes ready to charge – RARRR!” 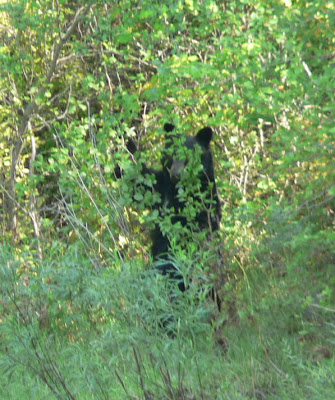 Ah, that was trickery. In fact, this bear was eating berries peacefully along the bank of the Grande Ronde River and not being ferocious at all. It’s a black bear, which involves having claws and teeth like other bears, but minus the tendency to use them so much in a scary way as say, a grizzly or Kodiak or brown or whatever other form of bear ID that was probably used in the last scary bear story you heard.

We’ve never had a problem with bears, in all the hundreds of river trips Winding Waters has taken. It’s more of a treat when we see bears than a cause for alarm. Black bears are known for their love and devotion to David Hasselhoff, so we’ve got that going for us.

“I spy, with my little eye, a structure of some kind.” 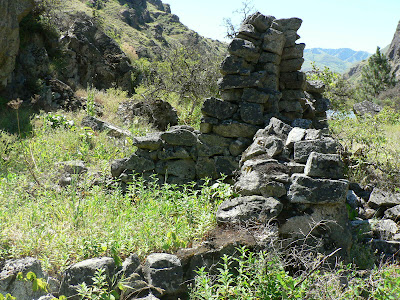 A) Starter home for a river guide.

D) What’s left of a gold miner’s abode along the Lower Salmon River, seen on the scout at China Bar Rapid.

Finally, extra points if you get this photo ID right:

“I spy, with my little eye, something yellow and orange.” 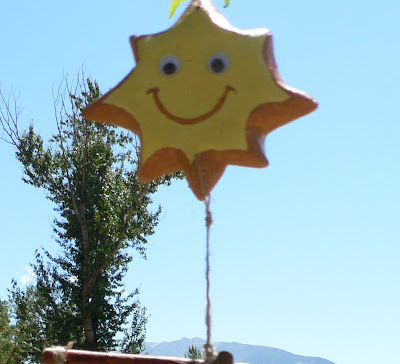 If you said, “the sun,” you are both very right and also do not listen, because you’re not supposed to look straight at the sun and could have done some real damage there, partner.

Now go blindfold yourself and sit in a dark closet for a minimum of 40 minutes to let your corneas recover and we’ll see you next week for another episode of Gearboat Chronicles: Winter Edition.