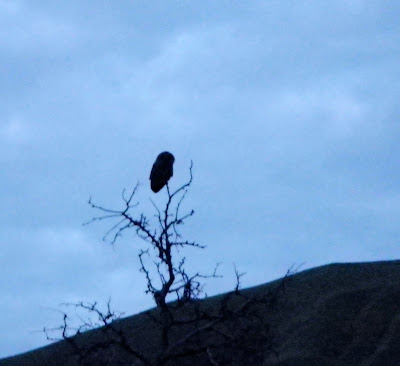 An archaeologist was doing his thing down in Hells Canyon some years ago. There was a river guide along chauffeurring him down the Snake River. The archaeologist pointed out to the river guide that shallow depressions nearby were gravesites.

This river guide – not affiliated with Winding Waters River Expeditions, by the by – laid down on top of one of the graves, said some unfortunate things and fancied himself a funny person.

“I wouldn’t do that if I was you,” said the archaeologist. They got back in the raft and flipped the boat in the next rapid.

That night pygmy owls appeared in camp. And the next night. The story goes that owls continued to visit this guide at home and on other rivers, and someone pointed out that owls are considered messengers from the spirit world in some native cultures.

I haven’t met this guide, but have talked with someone who was on that trip and they verified the grave incident, the flip and owls appearing.

Story goes that the guide eventually returned to the scene, apologized and burned sage in an attempt to call off the owls.

So I couldn’t help but be a little rattled when owls appeared in our camp last trip. You can tell yourself you’re not superstitious all you want, then tell the goosebumps to go away and see how that works. Results are in from the training trip last week: Patrick Baird still rows a gearboat splendidly after a year at college. We had super-clean runs through Wild Sheep, Green Room Granite, Waterspout and Rush Creek – the four big Class IV’s of Hells Canyon.

In the kitchen, we did a field test on the new dinner recipe for this year. It’s a dutch oven production featuring local pork with green chile influence, topped by cornbread. And it’s mighty good.

We launch Thursday for another Hells Canyon tour. I’m looking forward to seeing the guy responsible for me being able to see — Doctor Gareth Tabor, an eye doc and surgeon I met at a Fishtrap Writer’s Retreat who lasered my eyeballs this spring. I’m seeing 20/15 and not messing with contacts or glasses anymore. It’s a beautiful thing. Gareth’s coming out for some river time with a few buddies.

I plan to toast the invention of the laser once we’re situated around the campfire down there in the canyon.