‘Shake the Lake’ is Wallowa County’s fireworks extravaganza — echos boom back off the mountains and it makes for some impressive acoustics. Always wondered what the animals up there make of all the commotion. 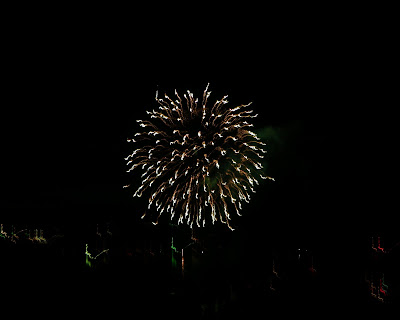 ‘Canoe the Lake’ is not quite as noisy. Just the slapping of paddles. 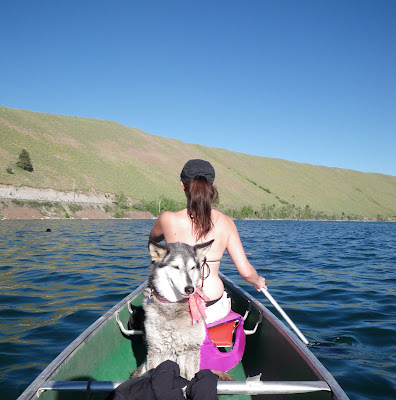 A friend of ours had some excitement while breaking in his new jet boat on Wallowa Lake last weekend. Started noticing some water where it shouldn’t be, like inside the boat. Then more of it. Felt around and discovered a crack in the fiberglass hull. Motor quit. More water. Then jumping clear as she started to go down. Friends of theirs in a nearby boat got a rope on the bow that was still above water thanks to an air pocket and pulled them to shore, where they were able to get the boat back on the trailer. So not a textbook outing on the lake, but could have been worse. They could have been dog paddling back to shore. Which would look something like this: 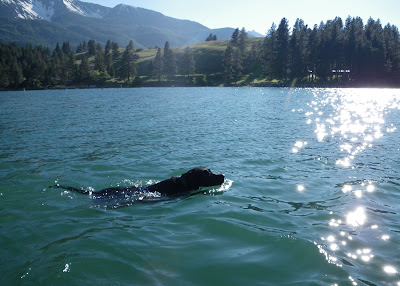 Here’s an update in the Scenic Beauty department: We’ve had rail cars decorating Wallowa Valley for a while now, a beautiful string of yellow lumber haulers sitting out the recession on the Wallowa County line. Things must be picking up in the building sector, though, because the train folks have done hauled them off for the time being. 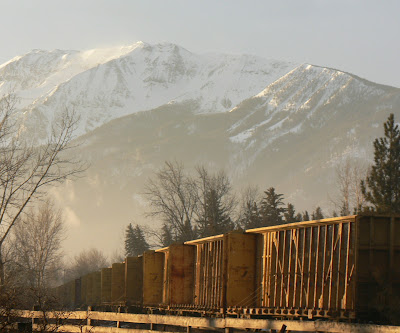 Heading out tomorrow for a Snake River Hells Canyon trip with Adventure Treks, an outfit that gets teenagers out there enjoying the outdoors.

Snake River flows below Hells Canyon Damn have come back down to around 28,000 cfs, last I checked. Give Winding Waters HQ a call for a tour through that watery border between Idaho and Oregon during this prime summer float season.

There’s plenty of water this year, so get out there on it whether it’s in a canoe, paddle raft, inflatable kayak or letting a guide row you through the rapids. 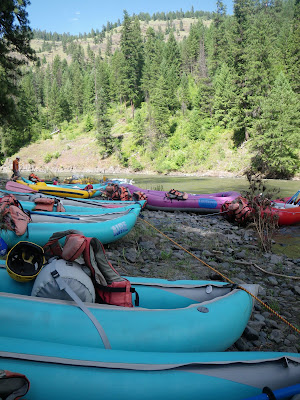