There’s lots of great ideas out there that have changed the world for the better. Like nachos, duct tape, remote controls. But I’m looking for what makes your life worse while allegedly being utilitarian, helpful and good. Something that makes you curse.

My answer is: trailer lights. I’m convinced the patent for trailer lights is held by Satan. In the line for ‘purpose’ on the paperwork he wrote: to inflict misery. Well, good job Satan. Your little plan is working perfectly. 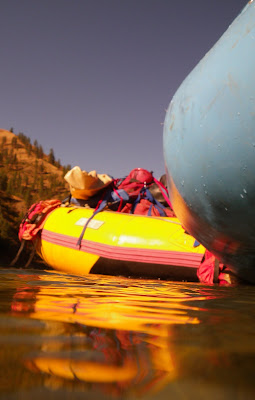 Here’s a pretty picture of calm water and boats. The kind of happy place I “try to go to” while I’m “sweating my ears off,” trying to “track down the problem” and seeing a trailer light that “won’t work.”

Here’s another picture. It’s of a blaster. Todd calls it a rocket ship. We use it to boil water and bring charcoal up to temperature. That bucket there is approximately what my brainpan undergoes while troubleshooting trailer lights, aka The Devil’s Own Lamps. 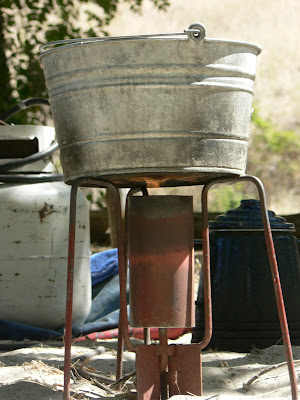 It’s also how hot it was in my yard while I was crawling around under the trailer, banging knuckles and also my noggin.

I’ve had two run-ins just this week. Borrowed two different trailers from friends and while I *thought* both sets of lights had issues, in classic trailer light trickery, it was a faulty ground on my truck all along.

Did I mention the angry bees? Yes, bees. As I’m nearing my limit of patience, the yellow jackets got their signal from their commander, The Dark Prince, to erupt from the frame of the trailer, inches from my head, and commence swarming and trying to sting me.

For defense, I had only a bottle of WD-40 and my wits. I switched from the little red tube to fully automatic and sprayed frantically to keep the yellow jacket swarm at bay.

For the record, none of these trailers are Winding Waters-related. Happily, when you plug in the work trailers the lights magically work. I don’t know if Paul maintains them with holy water or what, but the lights on the Winding Waters rigs actually work.

So I grinded and drilled and got out the rusty screws and tapped some new ones and tightened and half a day later was on the road. Just like that. Oh, and I aged four years in the process. Half a dozen more trailer light projects and I’ll be eligible for Social Security.

I’m salvaging a 90-year old log cabin from Wallowa Lake that was going to be torn down. It’s the kind of project you know will be far too much work but you do it anyway telling yourself it will be worth it and then you have to rewire some trailer lights and know you were wrong. But we’ll see.

So. I leave you this week with a calming portrait of life on the river. Where I wished I was instead of under a trailer getting stung by bees. 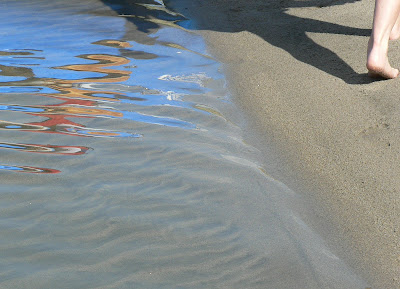 The great thing about rafting is even when you tow a ducky behind your boat, no trailer lights are needed.