This may be totally against the rules, but I’d like to make a nomination for employee of the month here at Winding Waters River Expeditions — and I nominate Paul. Technically this would be ‘Owner of the Month,’ or ‘Boss,’ but whatever.

So I’m up at the boathouse the other day, doing some things with boats and gear and stuff. Often this involves some ticky-tacky confusion over something, so we all generally go ask Paul. “Hey Paul, should we serve dark chocolate or milk chocolate for dessert on night three? Maybe both, arranged artfully in alternating colors? I don’t know, what do you think?”

I seek him out to interrupt and ask his opinion on a microscopic detail he doesn’t need to be bothered with and find him calmly averting potential disaster via his cellular phone.

Our workhorse truck had been reluctant to start the day previous, which was unusual. It had just departed for Hells Canyon, loaded with tons of gear and our crew that needed to get to Hells Canyon Dam that evening. Then it quit, in town. Many miles from Hells Canyon Dam. 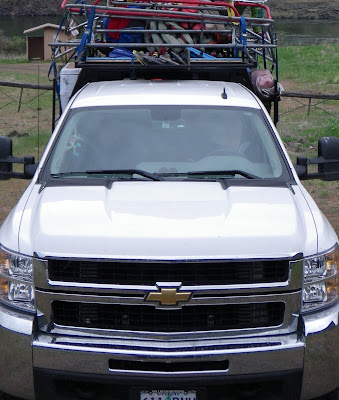 The garage asked if we’d by chance pumped our diesel at [there’s no need to drag their name in here, I don’t think]. Why, yes, we had. And here’s the funny part: the delivery guy for this fuel vendor had put regular gasoline into the diesel tank for their fuel pumps — silly goose.

So, you know, that’s inconvenient. 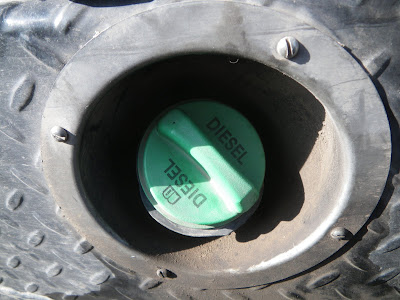 Maybe they need one of these labels on the big underground tank.

Paul’s phone rang again. It was somebody changing their mind about something, which would throw off Paul’s carefully laid plans. He took it in stride.

Phone rings again. I’m getting impatient here, because I need answers from Paul about my dark chocolate or milk chocolate emergency . . . this phone call was somebody else on some other trip changing their mind about something or other. Paul nods and says he’ll make it so.

Paul ends that call, then opens his mouth to explain something, but the phone rings (is there a feature that makes your ring tone change each time? Paul might like that, since he hears the same ring tone several thousand times a day) . . . phone rings and it’s Morgan on the satellite phone, calling from the Salmon River to report a lightning strike downstream from them that ignited a wildfire.

Paul takes their position and makes a note to call in a natural disaster, while his call waiting is beeping with an update from the mechanic on the truck disaster.

We scurry around, trying to make Plans B, C or X and shuffle alternate vehicles with various trailer hitch capacities in the event the diesel issue can’t be resolved . . . and the man was focused, people. Had he not gone into the outfitting business I’m sure Paul would have made a crackerjack emergency response leader.

At the peak of all this, juggling trailer hitches and mechanics and even a chainsaw, with precious time ticking away and contingencies being contingent upon other contingencies, Penny enters the office with baby Linden and the update that the babysitter was unavailable, she had to go immediately to meet with our next group of rafters for a pre-trip meeting and Linden needed her diaper changed and was ready for bed. 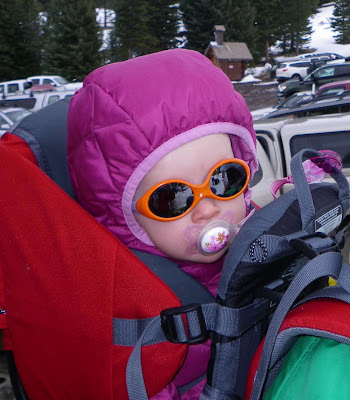 Linden’s a cool customer, not easily rattled. Or binky-ed. Just like her daddy.

Now, Penny was saving the day and had her own set of mother/rafting company owner/babysitter organizational complications running concurrent with Paul’s truck repair/trip logistics/wildfire reporting challenges.

And a dirty diaper is a dirty diaper. And babies that need to go to bed need to be soothed. Put down gently in their crib and have a story read softly to them about cuddly animals with make-believe, unlikely problems that get resolved in a funny manner that has some kind of take-home message or moral.

And Paul smiled and his phone rang and with one eye he focused on his baby and smiled at her and made her laugh, and with his other eye he looked fondly at his wife and thanked her for going down to meet with the rafters and with his third eye he looked at the number on his phone that was ringing again — and I thought: I am going to see a person’s head explode. Right now. I’ve heard about it but never seen it happen, but I need to scoot back and get some napkins or something because Paul’s head is definitely going to erupt. 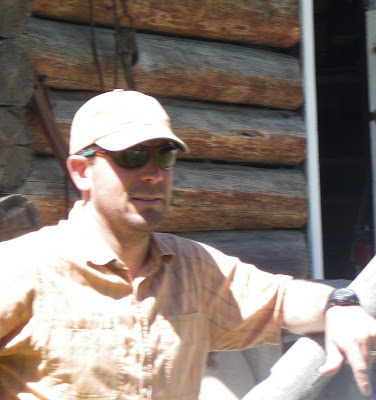 Paul: pictured here nonchalantly dealing with a crisis. The guy is smooth under pressure.

But he got the diaper changed and the truck got fixed and the fire was put out when a helicopter crew got dispatched over in Idaho and baby Linden drifted peacefully off to sleep and all 497 other things on Paul’s plate got cleared off and — it was impressive.

So I think I’m going to get Paul a little gift to commemorate his head not exploding. Maybe a nice certificate with ‘Problem Solver of the Month’ in calligraphy or a fun inspirational poster — probably that one with kittens dangling off a basket that says ‘Hang In There!’ or, I don’t know . . . perhaps a bottle of Kentucky bourbon. Yes, that might be best.