Wallowa County has nearly eradicated cabin fever with a vigorous lineup of stuff going on.

We still enjoy traditional winter activities like thawing out frozen plumbing, slipping on the ice and stealing firewood from neighbors. But the lineup of other things going on leaves little time for playing solitaire, going crazy or whittling links of chain from stolen firewood. 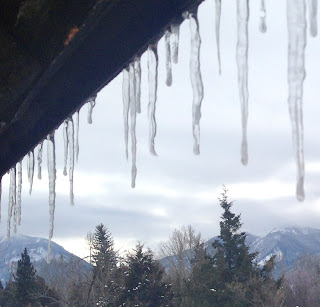 Here’s highlights from the upcoming roster.

Starting and finishing at Ferguson Ridge Ski Area, the greatest little ski hill in the cosmos, the Eagle Cap race is a qualifier for the Iditarod and a perfect introduction for the Idon’tarod, which is that thing where you want to see sled dogs but don’t want to fly to Alaska.

It’s this week January 23rd to Saturday the 26th with a variety of events and races. All the info at eaglecapextreme.com.

This shindig is a genuine good time with proceeds going to all manner of winter sports-related activities. Construction loans for snowball forts, removal of frozen tongues from flagpoles, operations at the community ski area and ice skating rink, cross country trails, all benefit from Frostbite.

This year it’s Wednesday, Feb 6th at 6 o’clock in the newly-renovated Oddfellows Hall in Enterprise, which is looking sharp.

This is your chance to become a collector of a Paul Arentsen ski chair, hailed by Fine Skibuilder Magazine: The Journal of Stuff Built from Old Skis as true hallmarks of the craft. 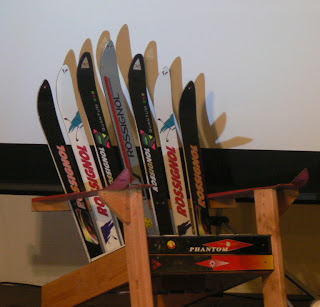 Bidding is always fierce for the ski chairs so start practicing your auction signals.

Paul has previewed the short movies for this year and said you don’t even need popcorn to watch them. They’re that good.

A River Runs Through It

Fishtrap chose the Norman Maclean classic that should be standard issue with any bookshelf as their community read selection this year. The schedule of River related programs makes a calendar shine, so do check out the lineup. Here’s a link.

The kickoff event was a discussion with Jim Hepworth, Humanities professor over at Lewis-Clark State College in Idaho. Hepworth sent Norman Maclean hand-tied flies after reading A River Runs Through It when it first came out back in 1976. How’s that for reader appreciation.

Hepworth later edited the Confluence Press American Authors series that included a volume of Maclean writing, interviews and essays. He’s accumulated a trove of Maclean background, photographs and insider information through research and getting to be pals with the Maclean family. That helps.

I’ve heard Mr. Hepworth speak at other events and have never been disappointed. Dynamic, I believe the word would be. The guy’s got panache. This particular occasion was unique because I could tell he really did know what he was talking about, but it was still interesting. 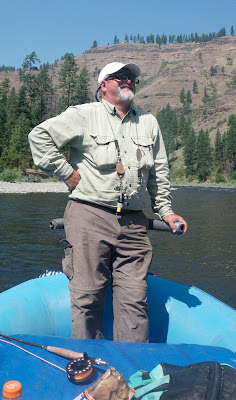 Here he is giving a lecture on the finer points of flycasting from a Winding Waters River Expeditions boat. We did a fishing trip a couple years back and a river ran through it. A river of Hepworth’s BS fishing stories. But still, a river. I am haunted by Hepworth’s BS.

So anyhoozy, pick one or more of these events, enjoy your winter and don’t forget to take some time to stop and throw some snowballs.